From the Archives: Duathlon 2003

I think Yoda once said…
“There is no Tri…. Only Du…”
Good thing, considering how well I swim… 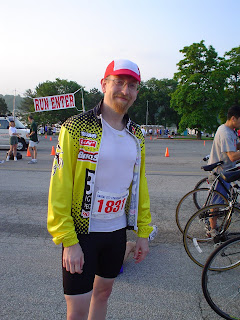 The sun finally pops above the trees at Shawnee Mission Park, and I’m feeling fresh and ready for the beginning run. It’s a perfect morning, at about 70º and practically zero wind. My transition box is set up, and I’m looking forward to the bike section already! 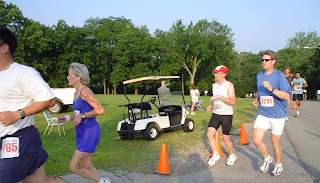 Coming in off the first leg of the run and feeling the pain of all 2.4 miles – although I’m coming back to the bike a LOT earlier than I expected to – there are some people on the road already, but not many… 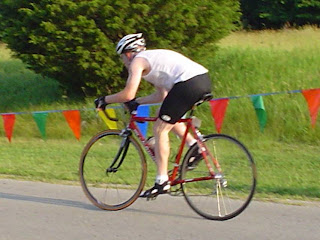 Under-way, finishing lap one on the bike in just over 13 minutes – finally feeling warmed up after spinning the run out of my legs. With only two laps to go, it was time to work – already reeled in a lot of the faster runners on the first lap, but with many more hitting the course and the triathlon folks already on the road, it was getting confusing and the road was getting crowded… 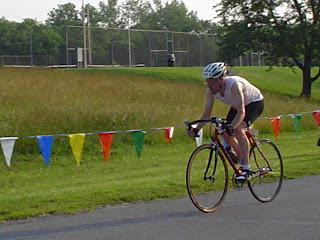 Still getting faster and more warmed up – just in time to stop riding and run again!! This shot is from the beginning of lap 3 – lap two finished in a little over 12 minutes, and I still had not been passed from behind yet. Feeling confident, but dreading the final run that is only a lap away… 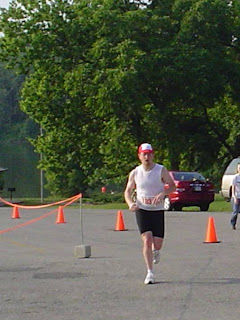 Finished Lap 3 on the bike in about 11 minutes, and finally got passed by a couple folks – one Blue River Bicycle Club racer, and a strong tri-athlete on a Cervelo P3, but they were only on their 1st laps – with all of the riders completing different lap counts, and starting at odd times, it was nearly impossible to keep track of the field. All for not, now, because I was off the bike and back on my feet for the final 2.4 mile run…. 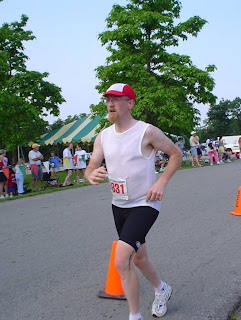 50 feet to go! Focused, and just running my own race, the end is very near – didn’t even realize my wife was taking this shot! I got passed a LOT on the run, but most of the rider numbers were black, instead of red – an indication they were tri-athletes and had only 2 laps of cycling to complete. There were some red numbers in there, too, but I was happy with my result, considering how much the final run added to my clock.
It was AWESOME to finish – my first multi-sport event, a personal success!


My training regimen? Commuting to work by bicycle!