The myriad of WEIRD, long-term road construction in this area lately is really hacking me off. They closed a good portion of the bike trail that safely gets me under two major highways, safe from teh steady stream of soccer-moms and tax attorneys driving like mad in the "Corporate Weeds" area of my fair city. The construction associated with this mess won't be wrapped up until the end of 2008! Grrrrrr..... That's angerin' me a mite.

So, every afternoon I put myself at risk on the mean streets of Johnson County, trying desperately to get home on the major streets -- another debaucle: none of the side streets cross over the highways, many simply dead-ending right before it. There simply is no "back-way".

Who designed this place??

Compounding the issue, the recent snow event has rendered the streets a litter-box of salt, sand, glass shards, and gritty leftover snow-pack - virtually eliminating the small section of the road I formerly called my own all summer. After a couple close-passes yesterday, I'm not really spooked so much as wondering when my luck will run out. EARLY in the mornings it's never a problem -- simply a matter of very few cars on the road. Quadruple that number in the afternoon, and we've got issues. It's not that I'm not visible -- with bright orange messenger bag on my bag, repleat with reflective accents, flashing LED taillight - even in daylight - it's not like they can't see me -- it's those idiots that follow each other too closely -- when the first car in that line sees me, they give me room --- the moron immediately behind him has no idea what's going on because he's been transfixed on the back-end of the car in front of him. So, I get the brush-by. Let's assume for a moment that the low sun angle, the reflections off the wet roads from said low-sun, tire spray, etc., don't play a factor. Let's not forget about those a little light on the automotive maintenance, where washer fluid might inpair vision a little. 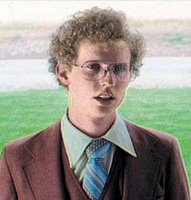 
Time to get out the maps.


You know, 5-years ago, I wouldn't have cared, but lately these things bother me. I have kids and a wife to think about --- at what point does adult responsibility take the place of pride and commitment to cycling? Is winter commuting WORTH IT?

Maybe I should think about selling that gigantic steel contraption I call a car, and get something that actually scores gas-mileage in the double digits. There's a thought. Save the bike for the warmer, "safer" months. ...if there really is such a thing as a 'safer' month for bike riding in this conundrum we call suburbia.

(are you done yet, dude?) I suppose I'm done ranting. CERTAINLY there is a safer, lower-profile route homeward. Cycling is a relatively safe activity -- but it's not entirely up to ME.
Again, time to get out the maps --- I'd rather add a few miles and fare better, than continue to deal with this mess.

Special thanks to all the city engineers that decided to work on all the roads, all at the same time! Whoooo! Big, fat, gold stars for your collective lapels.
Posted by kG on 12/14/2005